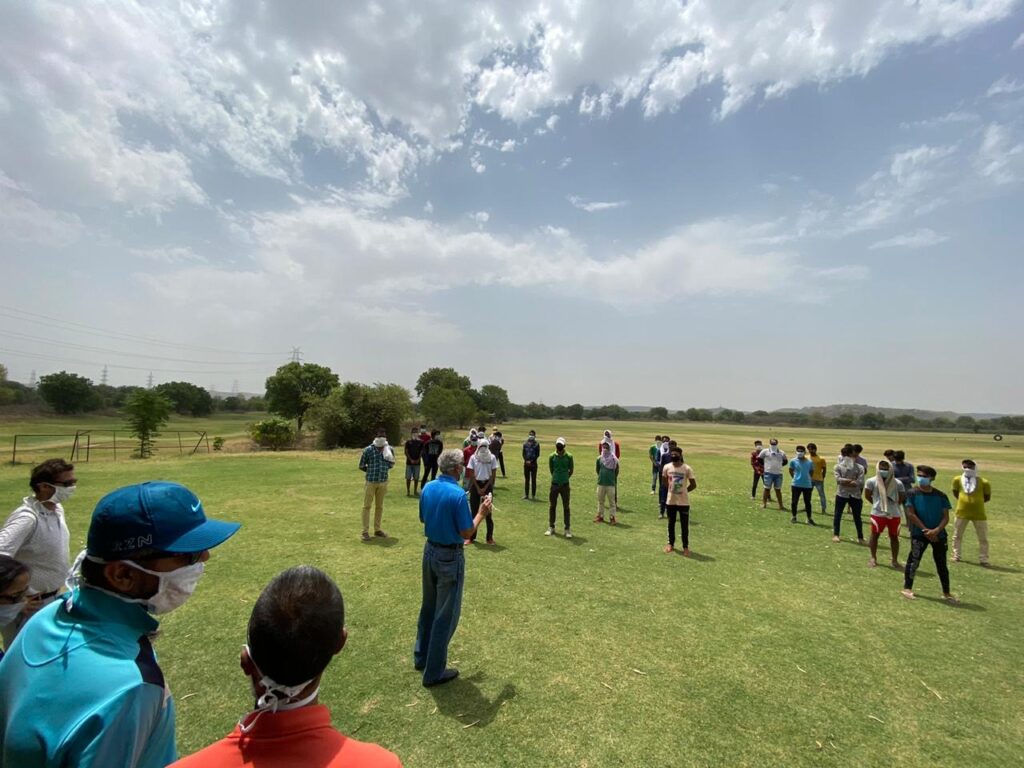 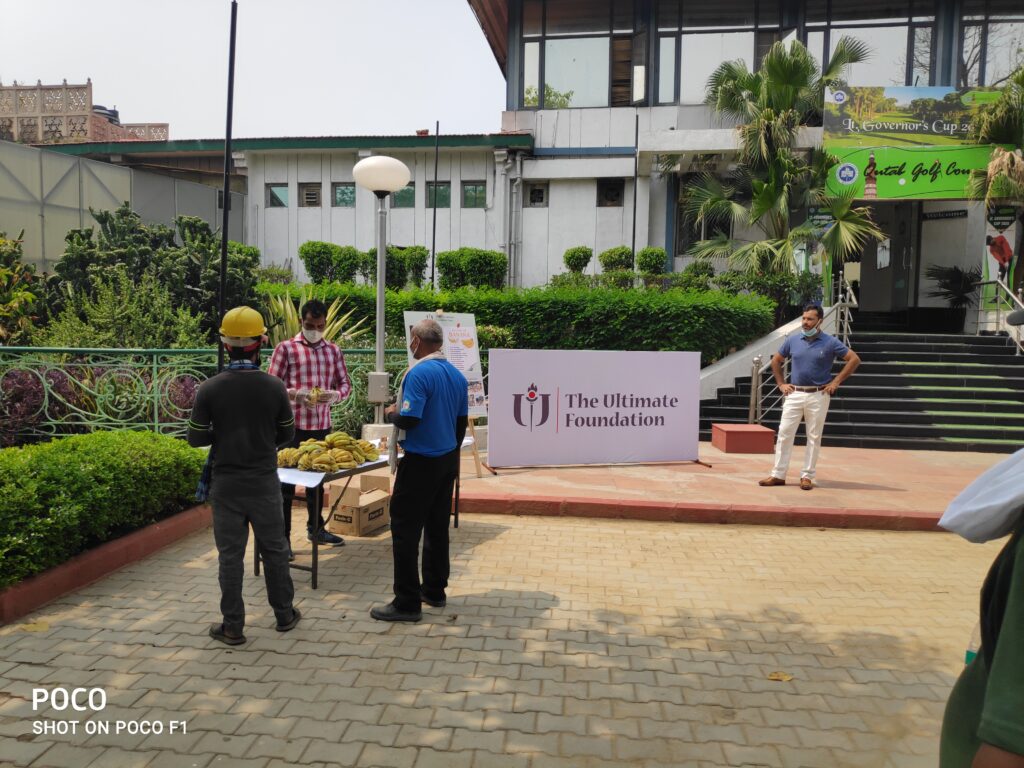 The Ultimate foundation set up in 2016 has been passionately engaged in taking the game of golf to the grassroots and making it accessible for the underprivileged kids of the society.  The foundation’s flagship program “sprint to success” has been actively introducing the game to kids from NGO’S and Government schools in rural Gurugram, over 2000 kids have taken the privilege of the initiative so far. The foundation team screens the kids for aptitude and flair for the game based on parameters laid down by the foundation mentors and co-founders Jyoti Randhawa and Digvijay Singh. The promising kids are then mentored, trained and supported by the foundation at their facility in Gurugram, a few of them have started playing to a single handicap and compete in regional and national golf tournaments.

The onset of the Corona Pandemic and the subsequent lockdown was disastrous for these kids and their families, the Ultimate foundation took on the responsibility of providing rations to these kids and their families. As the word got around, the caddies and daily wage ground staff at a few golf courses in Gurugram and Faridabad reached out to the Ultimate Foundation asking for help, what started out as a small gesture to help out the programmed kids and families was now taking shape of a full-fledged welfare program.

The Ultimate foundation reached out to the community at large to come out in support of the caddies and daily wage ground staff, and initiated a fund for their welfare. The funds collected were then utilized to procure rations, masks, sanitizers and other items for daily hygiene. The foundation team then reached out to the management of various Golf courses in Gurugram, Manesar, Faridabad and Delhi and compiled a list of Caddies and Daily wage ground staff who needed help before commencing their distribution drive. The motivated team of the foundation along with a few enthusiastic volunteers passionately went around distributing rations, packed cooked food, masks & sanitizers and also took the time out to educate everyone on how to stay safe and stressed the importance of personal hygiene and social distancing.  The Golden Greens Golf Club, Manesar Golf Club, Aravali Golf Club, Qutab Golf Club and a few other locations in Gurugram were covered in the distribution cum education drive. The foundation is currently distributing Tea and snacks 4 times a week to over 180 caddies and ground staff at the Qutab golf course, Delhi. 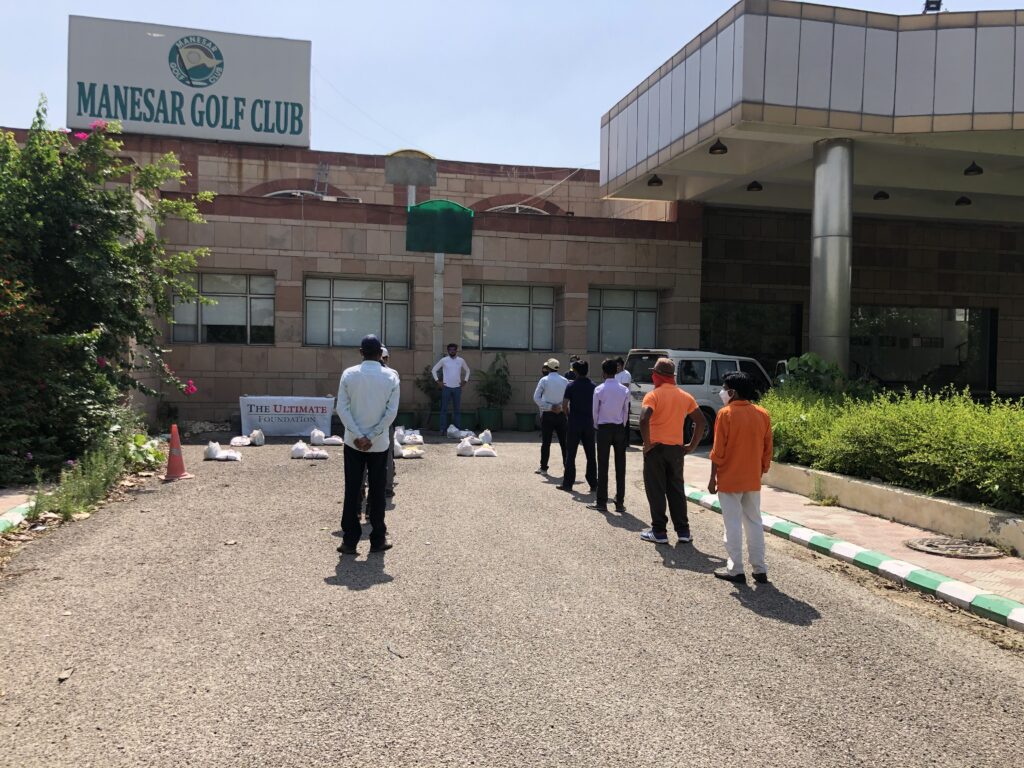 The Ultimate foundation along with the top golfing legends of the country has now initiated “The Ultimate Players Project” this is a welfare program for the tour dependent golf professionals. With no golf tournament since April 2020 and none in the horizon for the next few months, these touring golf professionals whose only source of income is the prize money they earn competing on the professional golf tour, are the only ones in the golf ecosystem with no source of Income.  The aim of this program is to help those tour dependent professionals who come from an underprivileged background and have not earned enough prize money in the last year to sustain themselves and their families for the coming months. To achieve this, The Ultimate Foundation has planned “The Ultimate Pro Invitational Series” which is a series of zonal golf tournaments for which these professional golfers will be invited and given the opportunity to compete and earn prize money.