CAN GOLF GO THE DISTANCE? As if the game of golf did not have enough on its collective plate at present, the pace of play, diminishing participation and dwindling TV audiences, not to mention the spectre of the Premier Golf League lurking menacingly on the horizon, global governing bodies find themselves wrestling with an issue they have ignored for too many years, namely distance control in general and length off the tee in particular.

Now, after the sporting equivalent of rearranging the deck chairs on the Titanic for generations, the R&A and the USGA have finally spoken, recently publishing their joint, ‘Distance Insights Report,’ which, thorough and worthy though it may be, asks as many questions as it provides answers.

Over its long, rich and colourful history spanning 500-years and more, the game of golf has invariably grappled with the thorny issue of innovation in general and in particular, how the latest modification, variation and modernization, many small, some more fundamental – all to varying degrees, game-changers – can best be harnessed and dovetailed within the overall structure of the game, its ethical codes and it regulatory norms. Way back when, the humble golf ball, made originally from solid and unforgiving hardwood underwent a massive change in the 17th century with the advent of the, ‘Featherie,’ a significant design improvement involving a leather-coated ball stuffed with bird feathers and stitched closed.

But, 250-years-later, even the faithful Featherie’s time was up, overtaken and replaced by the ground-breaking Gutta Percha ball, which was, in turn superseded at the start of the 20th century by the rubber-wound-ball, offering significantly greater distance off the tee – at a time golf was becoming more and more popular and accessible.

However, the passing of time saw the rubber-wound ball replaced in the late 1950s / early 1960s – just as the ‘Big 3, Palmer, Nicklaus and Player were emerging – by the solid-moulded-ball, high-tech, aerodynamic variations of the theme still widely in use today, golf’s dual governing bodies, the R&A and the USGA eventually, as recently as 1990, unifying around a mutually-agreed golf ball size – 1.68-inches (42.67 mm) in diameter – became the universal standard on both sides of the Atlantic and beyond.

And other golf equipment, clubs in particular, went through similar historical periods of evolution and, on occasions, revolution; starting out with hickory shafts fitted with hardwood or cast iron heads – hence the definitions, ‘Woods,’ and, ‘Irons,’ long-since-gone terms such as, ‘Brassie,’ (2-wood), ‘Mashie,’ (5-iron), ‘Niblick,’ (9-iron) and, ‘Cleek,’ replaced first by steel, then carbon-fibre shafts, one of the greatest changes being the oxymoron that is, ‘Metal woods,’ defined by Callaway’s introduction of the Big Bertha back in 1991.

By the turn of the new Millennium, and with ever-increasing momentum since, the game of golf has been careering headlong towards a, ‘Perfect storm,’ comprising ever-more sophisticated technological development of golf equipment, allied with a dramatic improvement in the fitness and physiology of the modern-day male professional golfer.

The end result has been the dwarfing of many of the world’s golf courses in general and, specifically, those traditional courses used for elite men’s professional golf, links courses like Open Championship venues such as the Old Course, St. Andrews or Augusta National, home of the iconic Masters.

Almost every major tournament venue has been either enfeebled or emasculated; designed and built in an era where, in the case of the Old Course, hickory shafts were the order of the day, while Augusta National opened when the hardwood, ‘Persimmon,’ was still the material of choice for woods such as drivers and three-woods.

Both iconic courses, and almost every men’s professional tournament venue has been stretched to their very limits, often new land being purchased to extend Par-4s that, with the advent of new, high-tech equipment used by men who were athletes first and golfers second had become little more than pitch-and-putt holes, previously prodigious Par-5s now easily reachable in two strokes.

But, here’s the catch, a conundrum both global governing bodies have had difficulty dealing with, discouraging or even halting technological innovation, effectively ruling that the appliance of science, which must surely be bad for golf.

Despite the best efforts of tournament directors, working hand in glove with club owners and course superintendent, in stretching their courses to their very limits and beyond, all too often, ‘Tricking-up’ hitherto authentic golf courses in order to increase the degree of difficulty and introduce some jeopardy to counteract their foreshortening, thus creating winning scores in excess of 20-under which have become par-for-the-course, crystalizing the vast gulf between the golf the pros play and that us amateurs endeavour – to varying degrees of success and failure – to replicate.

So, what’s to be done about it if golf in general and especially the elite end of the game is to regain its purity, integrity and authenticity, otherwise, the royal and ancient game could descend into a race-to-the-top, like Formula 1, champions predictably being those with access to the most advanced technology?

But F1, along with Athletics have already taken the bold move of outlawing extreme technology, the new McLaren steering system will be banned from next year, World Athletics recently declared illegal Nike’s new, controversial VaporFly running shoe, which can take minutes off a Marathon time.

The two big, burning questions are as much a matter of sporting philosophy as golfing practicality, firstly, once the technological genie is out of the bottle, as, in golf it most certainly is and has been for years, is it even possible, let alone right and proper for golf’s governing bodies to force it back in, effectively stifling, even halting the very progress that has underpinned the game for centuries, in effect, stopping the clock and preventing innovation and technological advancement.

Secondly, given that it is golf’s big hitters, the longest drivers – there are currently 16 PGA TOUR players who have registered tee-shots of over 400-yards so far this season, with Thai youngster Jazz Janewattananond leading the average driving distance on 326.4-yards – are far fitter and much more superiorly skilled than the rest of us, is there a case for what, in typical R&A technobabble is called, ‘Bifurcation,’ which, in plain English means, ‘To divide into two separate parts.’

In answer to the first of these two quandaries, it would appear, to this correspondent at least, to be a retrograde step to suppress technological progress, perhaps even amounting to a restraint of trade and therefore open to litigation by the big, well-funded equipment manufacturers who already pour billions into R&D.

But, it is also considered unsustainable to continue to extend the boundaries of golf courses around the world, where land use is already an issue and where, as is the case with the #1 course in the world, the Old Course in St. Andrews – a diminutive 6,721-yards (stretched to 7,305-yards for The Open) and Augusta National, a pint-sized 6,365-yards (expanded to 7,474 for the Masters) – bolt-on land is simply not available.

Indeed, it is in the area of the golf ball, that the answer to golf’s chronic distance problem most probably, simply and effectively lies.

Surely it is not beyond the wit of man for those boffins on opposite sides of the spectrum – rule makers and ball manufacturers – to reach a compromise, phased in over several seasons, which, for the tiny percentage of golf’s 70m-plus players, could rein-in prodigious – and some might say artificial – driving distances, making a 300-yerd drive the exception rather than the rule.

And, deploying the law of unintended consequences, stretching golf courses closer to and even in excess of 8,000-yards, as looks likely within a decade, simply exacerbates an already critical pace-of-play problem; conversely, by taking the distance-restricting golf ball option, the scourge of slow play can be dealt with as the single, unacceptable – issue it already is.

However, having taken several years to compile, after studying, ‘100-year’s-worth of data,’ and, ‘informed by a library of 56 supporting documents, the joint USGA / R&A ‘Distance Insights Report,’ all 102-pages of it, the document makes clear their aversion to and distaste for the causes and effects of the increasingly prodigious distances those top few hundred players are blasting the golf ball and bombarding golf courses around the world.

But, what is in essence a thorough, theoretical, evidence-based report is also depressingly short on recommendations, let alone providing answers to a problem that will not only not go away unless radical action is taken – and soon – but, with relentless technological advancement and the appliance of science in a free-market economy, exacerbate and add to golf’s mounting list of challenges it must face – and address – if it is to remain relevant in the decades and centuries ahead and go the distance in a world where alternative options increasingly abound. 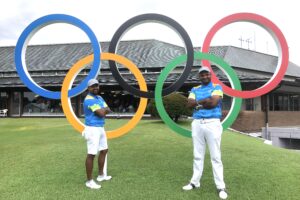