Shane Lowry achieved a lifelong dream as he became Champion Golfer of the Year for the first time after holding his nerve in a Sunday battle with Tommy Fleetwood at The 148th Open in Royal Portrush.

With The Open returning to Northern Ireland for the first time since 1951, it was fitting that a man from the island of Ireland should lift the Claret Jug and the county Offaly native did so by coping with wet and windy conditions on a memorable Sunday.

The 32-year-old had built enough of a lead that he could enjoy the greatest walk in golf up the 18th fairway knowing the Claret Jug was waiting for him – becoming just the second Irishman to lift it, after Padraig Harrington.

A scintillating Saturday 63 had given Lowry a four-shot lead over Fleetwood and more over the rest of the field but an Open Sunday puts pressure on every golfer and no advantage is safe until the final putt is sunk.

A bogey on the 1st, coupled with a par from his English playing partner that could have been a birdie, reduced the gap to three strokes but from there, the Irishman gathered himself and produced consistently gritty golf to claim his first major title. Birdies on the 4th, 5th and 7th got him as low as -18 although three bogies in the next six holes enabled Fleetwood to get back to within four.

But things turned at the 14th as Lowry again bogeyed, only for his rival to make a double bogey and a brilliant birdie at the 15th allowed the crowd favourite to enjoy the final three holes with a hefty advantage.

He eventually signed for a score of 72 which saw him end the Championship at -15 and Fleetwood could only shake the new Champion Golfer’s hand as he finished six strokes back.

Tony Finau produced a superb level-par 71 to finish third at -7 but the expected charges from the likes of Lee Westwood, Brooks Koepka and Rickie Fowler never truly materialised.

Westwood and Koepka ended in a tie for fourth at -6, while Fowler was a shot further back in joint sixth – alongside Danny Willett who shot a 73 and Robert MacIntyre (68) and Tyrrell Hatton (69), who took advantage of the benign morning conditions to post scores that only improved as the day progressed.

Last year’s Champion Golfer Francesco Molinari also finished strongly with a Sunday-best round of 66 that saw him leap up to -3 for the Championship and a tie for 11th.
But it was Lowry’s day, as he soaked in the adulation from a partisan crowd walking down the 18th for the greatest moment of his golfing career. Shubhankar Sharma of India during the second round.

Indian #1 Shubhankar Sharma’s second Open Championship appearance ended exactly the same as his first, in a tie for 51st place, but the 23-year-old rising star’s performance at Royal Portrush, which, despite an identical finish, one shot better-off, showed a significant improvement on his debut at Carnoustie last year.

Having comfortably made the halfway cut (unlike both Tiger Woods and Rory McIlroy, who both missed-out on the weekend) thanks to opening rounds of 70 and 72, had it not been for an error-strewn third round of 77, six-over-par, the 23-year-old from Jhansi celebrated his birthday on the final day with a fine, fighting 68, three-under-par.

After getting off to the worst possible start with a bogey five at the first, and in the most challenging conditions of the week, Sharma signed for an impressive 68, three-under, rising 21 places on the final day to take home a cheque for US$27,750, but it was the performance rather than the money that will have satisfied the youngster.

“I am really happy with the way I played, especially that finish at the 18th was pretty special,” he said, adding, “The galleries sang for me on my birthday and I made a 45 footer for birdie,” said a delighted Shubhankar.

“I am very happy to have comeback strong from the back nine on Saturday, it was a good tournament for me,” he thought, concluding, “I did not putt as well as I may have wanted, but this has been a very special week nonetheless and the finish at the 18 just iced the cake for me.”

Now, just inside the top-200 on the OWGR and at 108 on the European Tour’s Race to Dubai, Sharma needs to replicate his form of 2018, when he won twice, if he wants to contend in the prestigious, big-money end-of-season events. 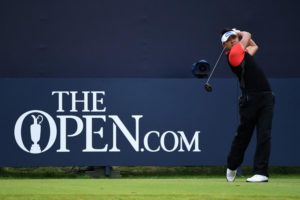 Korea’s Sanghyun Park took home the honours of being the best-placed Asian player after posting a final round two-over-par 72 to sign off from The 148th Open in tied-16th place on Sunday. Thailand’s Kiradech Aphibarnrat signed off with his best round at The Open after carding a four-under-par 67 at The 148th Open on Sunday.

Despite struggling with a knee injury and playing through the pain barrier all week, the 2013 Asian Tour Order of Merit champion showed grit and determination by ending the week on a high note.

“I managed myself really well today. I conserved my energy and managed to play in the wind. It was one of my best rounds at The Open. “I’ve never had a good track record at The Open so it’s nice to have a 67 on my card today. My job has been done for the week and I got a few weeks off to rest my knee,” said Kiradech.