Kyi Hla Han was one of Asia’s greatest golfers, not only in terms of his playing achievements but also in terms of his contribution to the game as Executive Chairman of the Asian Tour and as a tireless supporter of young players.

When he passed away in February, it was evident from the heartfelt condolences that came from across the globe, just how deeply and widely he touched others’ lives while living his own to the fullest.

To honor and further Kyi Hla’s legacy, the Han family and the Asian Tour have come together to establish the Kyi Hla Han Future Champions Programme.

Beginning in 2023, this exciting new initiative will help nurture some of Asia’s most promising young professional golfers as they start their rookie seasons on the Asian Tour.

Worthy players will be selected annually, by the Han family and the Asian Tour, to receive funding to help with the costs of their debut season on the Asian Tour.

It will be a mission-driven program inspired by Kyi Hla’s lifelong commitment to putting Asia and its golfers on the map.

As a young professional, Kyi Hla was one of the first Asian golfers to compete outside the Asian region. Known for his generosity on and off the golf course, Kyi Hla always gave time and energy towards helping others. For example, Kyi Hla played the role of traveling companion and “big brother” to Vijay Singh, who would later attain the world number one position and win three Majors.

In the 1990s, Kyi Hla was instrumental in founding the Asian PGA Tour, which was the precursor to the modern-day Asian Tour formed in 2004, which is now widely respected as a breeding ground for future champions.

Said Cho Minn Thant, Asian Tour Commissioner & CEO: “We are witnessing an incredible period in Asian golf history, so it is only fitting to honour Kyi Hla through the Kyi Hla Han Future Champions Programme. It is a very worthy cause, and I am sure each recipient will be proud to be associated with such a legendary figure. Kyi Hla has made a huge impact on many of us at the Asian Tour, both personally and professionally. Establishing this programme is a fitting tribute to his legacy.” 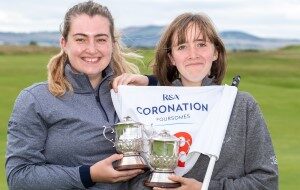