The Thai Golf Pass Trophy made a comeback at the exotic island of Phuket in Thailand. The event in its third edition was the first event to be held post Covid19 marked the lifting of all restrictions for the travelers to the Kingdom. The event partnered by Tourism Authority of Thailand under the Thai Golf Pass saw participation from players from Delhi, Jaipur, Pune and Chandigarh.

The event was played at three championship courses the Blue Canyon course being the first one followed by Aquella Golf Club and the final round at the Red Mountain Golf Course followed by the Prize distribution and lunch.

The networking dinner and the Thai Cuisine at the Prize distribution Lunch were the highlights of the event and had Khun S Vachirachai, Director, TAT New Delhi as the Chief Guest. 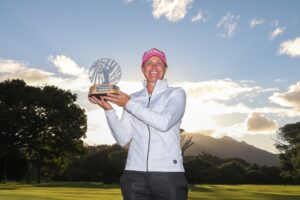