Lee-Anne Pace was the home heroine once again as she clinched her fourth Investec South African Women’s Open title carding a final round of 72 for a one-shot win over Germany’s Leonie Harm.

In the Ladies European Tour (LET) curtain-raiser Pace’s victory at Westlake Golf Club, where she finished the tournament on two-over-par, meant she became the first woman to win the title four times and ensures she leads the 2021 Race to Costa del Sol.

“It’s always nice to play at home on the LET – thank you very much for everyone who came over here!”

After play was suspended yesterday, the final group had plenty of golf left as they completed the third round before heading back out onto the course again.

It was Slovenia’s Pia Babnik, the youngest member of the LET, who was in the lead at the conclusion of the third round having carded a 69 to see her level-par for the tournament, but the 17-year-old had a mixed final round which saw her slip out of contention for the win.

Pace, who won the LET Order of Merit in 2010, enjoyed a solid final round where she made two birdies and a bogey on the front nine. The 40-year-old made another birdie on 12 before she dropped two shots on the final two holes, but the South African held on to seal her tenth LET victory.

“I don’t really know what happened on the last two holes, but I guess I had it in the bag,” said Pace. 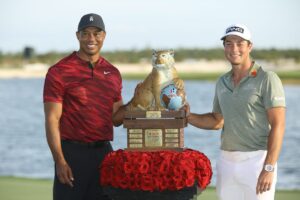