Combining tremendously and playing to their strengths, the team of Harmeet Sahney and Ajay Chauhan won The Golf Foundation 9th Invitational Fund Raiser Tournament played at the Willingdon Sports Club, Mumbai with a score of Net 50. The pair of Vikram Sud and Sunil Shirole finished Runners Up with a score of Net 54.

The bi-annual fundraiser is held to lend support to a cause which is helping produce Golf Champions from India on a consistent basis, especially players from underprivileged and marginalised backgrounds.  And the two-person team scramble format of the event resulted in some good fun and yet competitive golf with the golfers getting the opportunity to play aggressively.

The Tournament saw several innovations woven into the experience for all the participants. Besides the skills contests and innovative activities on course, talented Golf foundation protégé Yuvraj, who has recently won two back to back National Amateur tournaments, displayed his driving prowess.

The Prize Distribution was an innovative event during which Yuvraj Singh had a face-off with Guest of Honour, Paralympian Devendra Jhajharia. Devendra proved he is still the boss when his javelin throw finished closer to the target as compared to Yuvraj’s pitch shot.

In the putt off between Chief Guest Yash Birla, Guests of Honour, Paralympian Dr Deepa Malik and Miss Diva Supranational Ritika Khatnani, the contest was declared halved with each of them doing very well for the first time that they putted.

Illusionist Mangesh Desai regaled the gathering before the Prize Distribution conducted flawlessly by Charu Sharma and during which all the dignitaries named above gave various prizes to the contestants.

The Next leg of The Golf Foundation fund raisers will be held in Delhi and Bangalore in the early part of 2022. The TGF Talent hunt program will also begin early next year and will be held Pan India at various golf courses.

RESULTS AT A GLANCE: 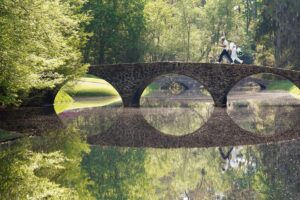