The Masters: A Preview

Masters Week has finally arrived! Albeit, a few months later than usual.

Due to a Covid-19 induced spanner in the works, the event is being played in mid-November rather than its scheduled week in April. Heading into 2020, The Masters was coming off a dream year that saw Tiger Woods claim his fifth green jacket, 15th major title and first major championship since the 2008 US Open. The win marked a comeback story for the ages and set Augusta National up for an incredible encore in April 2020. Unfortunately, the sporting world was turned upside down when the global pandemic hit early this year. The world crisis saw several sporting events being moved or cancelled, with The Masters ultimately choosing to postpone their tournament until November. To put into perspective how unique a fall Masters is, here’s a fun fact I found- The Masters has been played 83 times since the inaugural event in 1934 and has ended in the month of April 82 times. Nevertheless, it’s safe to say that the entire golfing world is eagerly looking forward to this exclusive event at its iconic venue, despite the unusual timing.

Every year as Masters Week draws closer, the usual chatter of “who do you think is going to win this year?” starts making the rounds. While it is usually quite difficult to predict the week by week winners in a sport like golf, it is definitely possible to draw on previous statistics and performances to produce some kind of favorites list. I dug into some of these stats and was able to come up with a few aspects that might be instrumental in predicting this year’s Masters Champion. Here they are:

No player has won at Augusta on their first attempt since Fuzzy Zoeller back in 1979. Additionally, seven of the last 10 winners at Augusta had played in the event at least three times prior. Also, nine of the last ten winners (with the exception of Danny Willet in 2016) had posted at least a top-30 at the Masters in the season prior to winning the event.

From a player perspective, we’ve seen almost every style of play find success at Augusta National at one time or another. Bombers like Tiger (in his prime) and Bubba Watson have done well simply by destroying the Par 5s, which are all on the shorter side by modern standards. Comparatively, the short game specialists and great bentgrass putters like Jordan Spieth and Patrick Reed, have simply been able to outmaneuver the competition on the greens with their flatsticks.

However, Augusta National is notorious for being a ball strikers’ paradise, usually favoring solid iron players. Five of the last eight Masters winners ranked 9th or better in Strokes Gained: Tee to Green in the year of their victory. Danny Willet and Tiger did not play in enough tournaments to be ranked, so this trend could be even stronger than it appears.

It is usually safe to assume that the winner of any event would be showing solid golfing form entering the week, but this is even more notable in the case of the Masters. Each of the past five winners has recorded at least a top-5 finish on the year already, prior to winning the Masters, while three of the past five had already picked up a win in the same calendar year.

Each of the last five winners of the Masters have been ranked inside the top 25 of the OWGR at the time of their win. Even now if you look at the list of betting odds, top ranked players like Bryson DeChambeau, Rory McIlroy and Justin Thomas are atop the list of favorites.

With the event being rescheduled to November, a new factor has been brought into play. The temperatures will be much cooler than usual and will likely affect the outcome of the event. Notably, someone like Tiger Woods, who usually performs better in warmer conditions,

might face some struggles during the week owed to his injured back. The colder climate will not only affect players’ individual performances, but will also have an impact on the course conditions. The ball usually carries less in lower temperatures and this is likely to immediately shove some of the shorter hitters out of the equation as well as add a premium on hitting it above average in length.

Well, there you have it. Here are some of the things you can keep in mind while trying to predict the player who dons the green jacket at the end of the week. As for me, I’ve got my money (figuratively) on Rory McIlroy. He is of course one of the talking points with the elusive green jacket being the only missing piece in his grand slam puzzle. This will mark Rory’s 12th appearance at Augusta. He’s had some close calls over the years including a self-destruction in 2011 whilst holding a one shot lead heading into the back nine on the Sunday. He’s looked good for most of 2020, especially prior to the hiatus, and has finished T10 or better at Augusta in five of the last six seasons. It’s possible that the switch to November will help him get over the psychological hump to break his five-plus year major-less drought. I’d be lying if I said that my winner’s pick is rooted entirely in fact and devoid of any personal emotions, but I really hope he can manage to put himself in contention and close it out. Let’s see if my pick ages well! 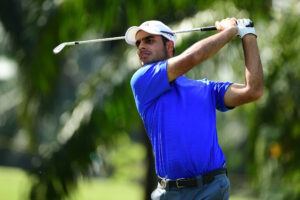