The names of the 60 men and 60 women who will be representing their respective countries in the Tokyo Olympics golf competition have been ratified with the publication of final quota places for the tournaments at Kasumigaseki Country Club. The men will compete July 29-August 1 and the women August 4-7.

Once the Final Olympic Golf Rankings were established with the completion of the recent men’s U.S. Open and KPMG Women’s PGA Championship, the National Olympic Committees (NOCs) were required to confirm the athlete places they would use, as each NOC has its own criteria for final nominations. The IGF, in turn, reallocated all unused quota places before yesterday’s Tokyo 2020 Sport Entries Deadline.

“I’m really excited about getting the opportunity to represent India at the Olympics. In fact, I’m still pinching myself as it hasn’t yet sunk in fully. With a great 2020-21 season on the PGTI, I felt that I had almost sealed my qualification for the Olympics but the lockdown in India this year put some doubts in my mind whether I could actually make the cut for Tokyo. The only tours which have recently been operational are the PGA Tour and European Tour and I thought the players from those tours had a real chance of pushing through and qualifying for the Olympics.”

“We are extremely pleased with the strength and diversity of both the men’s and women’s fields, which reflect the continued growth and popularity of golf,” said Annika Sorenstam, President of the International Golf Federation, which oversees the Olympic golf competition. “We have such wonderful storylines to share, be it Jon Rahm and Nelly Korda both winning major championships in the final week of qualifying to become the No. 1 players in the world, or the variety of lesser known but equally inspiring stories of Olympic athletes representing their respective countries.”

With 36 countries included in women’s competition and 35 in the men’s, the composition of the Olympic fields highlights the broad global interest in golf and the opportunity to reach new audiences across all the continents through the expansive coverage of the Olympic Games. Across the two competitions, Europe has 53 qualified players, Asia 30, the Americas 26, Oceania six and Africa five. 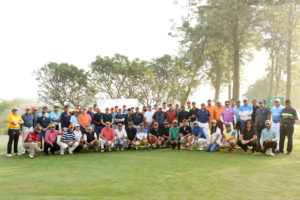 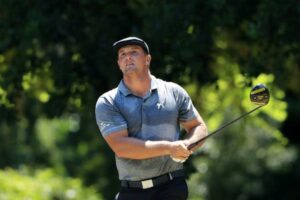 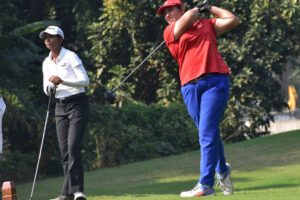