Andy Sullivan cruised to a commanding home victory at the English Championship, the former Ryder Cup player claiming his fourth European Tour title and his first in five years in the process.

The Englishman held the lead in the UK Swing’s third event since day two, when he carded a course-record 62, and he never relinquished his place at the summit. A third round 64 handed the 34-year-old a five-stroke advantage heading into the final day at Hanbury Manor Marriott Hotel and Country Club, and he never let up on the final day.

An eagle three at the par five second hole quashed the early hopes of a determined chasing pack which included two-time European Tour winner Adrian Otaegui of Spain, whose five under front nine made him a leading contender for an upset.

Otaegui got to within two with six to play, but Sullivan picked up four shots on the way home to seal the deal with a six under par 65 and a 27 under total, winning by seven shots from Otaegui on 20 under par.

Denmark’s Rasmus Højgaard was one shot further back in third, with young South African Wilco Nienaber on 18 under par and England’s Steven Brown on 17 under.

Sullivan moved from 42nd to 15th in the Race to Dubai Rankings presented by Rolex. It also moved him to the top of the UK Swing Order of Merit after three events, with the top ten after the sixth and final tournament sharing an an additional £250,000 from the European Tour’s Golf for Good initiative, to donate to the charity of their choice. The top ten not otherwise exempt after the fifth event will also gain spots in the U.S Open at Winged Foot next month.

Andy Sullivan: “I’m proud of myself. I wasn’t quite stuck in the doldrums but it just hasn’t quite happened for me since those three wins 2015 and it feels like a weight off my shoulders now, and I think it told out there today.

“I never really felt comfortable out on the golf course all day, I found it quite a battle the whole way around until I started dropping a couple of putts on the back nine and my lead started increasing. I was always on guard today, I knew Adrian was there breathing down my neck.

“But it’s nice to come down those last few holes and know the job was done. I got to the green at 12 and I saw him birdie that hole to get to within two so I knew that was going to be quite big. I holed it, and then had a great two putt on the next and then two really good putts on 14 and 15 which were massive.”

Previous Post A Capsule Preview of the PGA Championship at Harding Park
Next Post Golf: A Power Game? 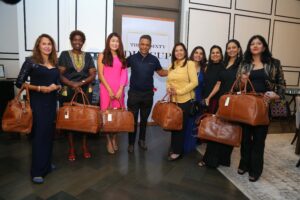