Clark Dennis acknowledging the crowds as he completes his round and wins the tournament.

Magnus Atlevi from Sweden starting with a four under front nine but couldn’t continue the good form on the back nine.

A sombre overcast day greeted the players for the final day of the MCB Tour Championship in Mauritius. Dennis from the US had a three-shot lead and the tournament was his for the taking. His nearest competitor Magnus Atlevi started well with four birdies in the first six holes but couldn’t carry on in that form and finished his round for a tournament total of 15 under and second position.

The low round of the day belonged to England’s Gary Wolstenholme who fired off seven birdies and a bogey for a six under 66 and tournament total of 10 under par.

Chris Williams leading the South African contingent on a total of eight under for the tournament.

Chris William headed up the South African contingent with a two under 70. “Although my putting stroke was much better today the ball just wasn’t dropping. I ended up with two under but it could have been much better. Overall I am happy it’s been a really good year. I look forward to the final tournament in the Seychelles”, he said.

David Frost from South Africa on route to a two under par 70.

Fellow South African David Frost also shot a two under with a nasty double on the tight par four 12th. “I hit a lot of good shots today but again the putts just didn’t go in. I didn’t play that badly this week, if I had sunk a few putts I would have been nearer to 11 under but still nowhere near the leaders who are doing something special out there”, Frost said. “The course has improved tremendously over the years and it great to see it in such good condition”, he said.

The day however belonged to the Clark Dennis from Texas in the US. Dennis played faultless golf throughout not dropping one shot the entire tournament. His final round of eight under included four birdies on each nine with a tournament total of 23 under par and an eight shot win.

Next week the tour moves on to the Seychelles for the final tournament on the Indian Ocean swing and year. It will once again be hosted by Constance Hotels and Golf at their Lemuria property on Praslin Island. 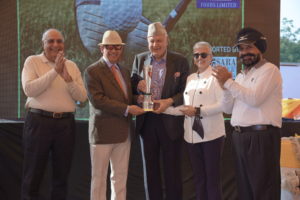 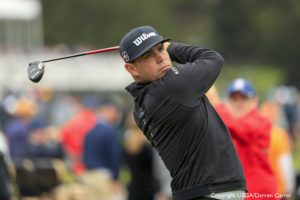 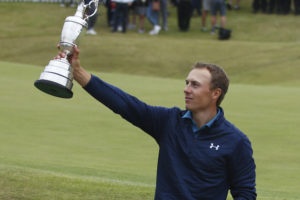