Before I signed off on my previous article, I had promised to write for you a recapitulation of the 2018 Indian Open. Obviously, the Hero Indian Open, as I see it each year is moving from one milestone to the other; this year being that for the first time the Pro-Am was played over three days!

Here I am with a morning cup of coffee in my hand and a flurry of thoughts in my mind, wondering where to take it on from. I had left with a few thoughts for you – that of the 2018 edition carrying a distinct Indian flavor with a long list of ‘desi’ players making their way to the global golfing map, the promising chances of a home triumph, the sport finding a favorable spot among the youth – all in all a challenging time at an equally challenging golf course – the DLF – one of the chosen destinations of Indian golf.

Adding a time-tested grandeur to the premier golfing tournament of the season, the Indian Open 2018 was hosted at the Gary Player course at DLF for the second consecutive time from March 8-11, 2018. DLF retains the capability to impress upon a golfer to harness one’s complete mental and physical skill to play at this championship golf course in India, in terms of its finesse, crafty contours and ambient lighting. Needless to add here, that this course can be compared with the finest ones, globally.

The DLF Golf and Country Club was opened in 1999 with the first-ever Arnold Palmer Signature course in India. There have been several other firsts in the portfolio – the DLF Golf Club is the first-ever course in India to house a professional golf academy, as well as to offer Night Golf. In a short span of few years, this parkland style course has benefitted the golfing community by hosting some of the most well-known golf tournaments in the country including the Johnnie Walker Classic, Ladies European Tour – 2007-12, to name a few. Incidentally, it’s not only about the sport, but the excellent township which it has sown all around the two courses. The course was remodeled in 2013 by Gary Player, and has continued to challenge golfing sensations globally.

The swanky course welcomed with open arms the glitterati of the golfing fraternity as they lined to tee off at the 54th Indian Open. All eyes were on Shubhankar Sharma, who has emerged as the brightest star in the Indian golfing scene having secured two European Tour titles, a name on the Dubai rankings, an all important invitation to participate in the 2018 Augusta Masters before making an entry into the world’s top-100. Indian stars also included 2015 winner Anirban Lahiri, three-time Asian Tour winner in 2017 Shiv Kapur and two-time defending champion SSP Chawrasia, among others. Not to forget veterans including Jeev Milkha Singh and Jyoti Randhawa, who also made their presence felt on the beautiful greens.

The DLF Golf and Country Club is a golfing-cum-living destination one can dream of. Standing in the balcony of one of those DLF high-rises, whether you open your eyes to lofty greens of the course, or sit on a bench at the course and admire the structural marvel, it will only be a visual delight either ways. I had therefore made a mental note of spending the four days absorbing as much of fresh oxygen and cool breeze of the course, as much as meeting some of the finest persons associated with the game.

As a member of the Indian Golf Union Council, it was our privilege to host the Chairman of the European Tour, Mr David William and his better half Mrs William. Their presence at the dinner hosted by Lt Gen Sarath Chand, Vice Chief of the Indian Army and Vice President of IGU, boosted the morale of the Indian golfing fraternity.

Other very familiar and beloved faces were Mr V Krishnaswamy and Joy Chakravarty, whose pens are mightier than golf clubs! Anil Dev, Editor-in-Chief, GolfPlus and Shalini Tomar also from GP were also present to get a first-hand impression of the game. It was a great opportunity to meet Mr Ashok Malik who belongs to the first family of Indian golf and whose stead-fast dream is to establish a golf museum that boasts of India’s love and contribution to the sport.

We missed meeting Sr Milkha Singh, whose presence was an honour at the previous year’s edition. He is one who always has an insight to share, be it on golf or even life itself. And while we are on the game, one waits to interact with Mr Brandon de Souza, one of the first Indian golfers to turn professional. Be rest assured to hear peals of laughter erupting from the marquee that this person is visible at! And of course, long hours spent with friend Uttam Mundy, CEO, PGTI, discussing so many topics around golf!

The other side of the Hero Indian Open is as delightful to speak of as is to watch the game. An important tangent to the game, are the regally laid out marquees, waiting to serve the finest of food and the most exquisite beverages. Not to forget the free flow of conversations, live telecast of what’s ongoing at the course, and even planning the next big bash of the season.

It was an interesting start to a three-day ‘festivity’, where one could simply relax amidst the greens of DLF, regale in the sight of the carefully manicured vibrant blooms around the course, and watch some really wonderful golf. Between a swig of chilled beer and a plate of wholesome salad, a conversation with Shubhankar at the CREST dinner and few others would forever be memorable. Personally, I made a mental note of how these snippets of information would help my fellow golfers and me improve our game!

Evenings were a time to catch up with old buddies with whom we have shared lovely memories around different courses, globally. I was privileged and happy as were so many others to catch up with the one and only Suhel Seth who was there on two of the four days. He is a people’s man. The world of information that Suhel is, there’s always a queue of people that gets formed to meet with him. In fact, he was one of the very few to receive an invitation to Mr Pawan Munjal’s marquee. He reached somewhat later, as the august gathering had much to interact with Suhel.

The event was so compelling that I was soon joined in by my fellow Jamshedpur golfers on the concluding day. Jamshedpur has its own charisma when it comes to the game. Two golf courses within a small yet globally acclaimed city – a rare treat.

At Indian Open 2018, it was Wallace who stole the show. A delight to watch with a game to be learnt from. Shubhankar, Anirban and the others too put up a commendable performance. For a lot of us golf enthusiasts, there was much to take back in terms of strokes, strategy and above all patience and mindfulness on the field. As I believe, the DLF course and each of its holes have much to teach; it’s an experience which each golfer must note as a to-do.

I must thank Mr Pawan Munjal, Chairman, MD & CEO, Hero MotoCorp, for his undeterred interest in the game, which has put India on the European Tour circuit. Needless to say, our country is blessed to have some more such courses which would make for a terrific tournament of an international stature. My gratitude and compliments to Mr C Subramaniam and Mr Ishwar Achanta of the IGU who were an integral part of the entire planning and execution of this season, and gave attention to the minutest detail.

Till, we meet next, here’s a few golfing tips from my side to you:

It’s persistence on the field that gives you that best shot. Go on, give it a try.

You may have several trainers, several onlookers and well-wishers to help you with good tips; remember each of us have that one trait of genius which defines our game. Have you explored it yet? 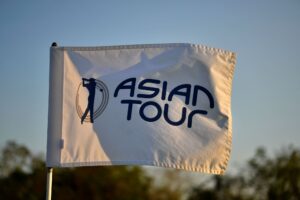